The stairs curl downward, further and further into the underbelly of Paris; at the bottom the air is noticeably cooler. The dimly-let passageway stretches ahead and gated walkways branch off, like a spooky ghost-train maze. Suddenly the rough limestone walls give way to a crude decoration, and it takes a moment for your brain to register that you’re looking at tunnels filled with bones; human bones.

Paris is a stunning city, but if you’ve already climbed the tower, toured the Louvre and admired the Arc, perhaps you should consider scratching beneath the surface — literally. Because, running underneath the streets and boulevards are 300 kilometres of ancient mines – a winding network of underground rooms, chambers and tunnels filled with bones.

These subterranean burrows of the Paris catacombs were originally Roman quarries, created when limestone and gypsum were extracted from the ground to help build some of Paris’ most iconic buildings, including the Notre Dame Cathedral.

The dilapidated condition of some sections, not to mention the very real danger of getting lost in the pitch-black labyrinth (eurgh, can you even imagine?!), the vast majority of these walkways have been banned to the public since 1955.

However, there is one section – buried under the 14th arrondissement – that remains open to tourists, offering up what is arguably Paris’s creepiest and quirkiest tourist attraction.

In the late 18th century Paris had a rather grotesque problem on its hands. One of the city’s main graveyards – the Cemetery of the Innocents – had been laying people to rest for nearly 1000 years, and it was literally overflowing. Poor sanitation meant disease was rife, and locals were complaining about the unpleasant smell (can you imagine?!).

In 1785 officials closed the cemetery and the decision was made to relocate the remains to a disused section of the old quarry tunnels, which eventually became ‘Les Catacombes de Paris’ – the Paris Catacombs.

The site was consecrated and blessed. For the next two years sacks of bones would be transported under the cover of darkness and accompanied by a procession of priests, and delivered to their new resting place. Once that had been completed, bones from 30 other cemeteries were collected and delivered to the site, creating the winding tunnels of bones.

This mammoth task was finally completed in 1814, and the remains of six million Parisians had been reinterred in the Paris catacombs.

Even back then the ossuary (a traditional site designed to be the final resting place for human skeletal remains) attracted intrigue, with many important French dignitaries and noblemen and women venturing into its depths for a look around.

What made the Paris catacombs so unique was that the bones weren’t just dumped in piles — as a mark of respect a decorative ‘retaining wall’ was arranged to contain them. Femurs were stacked in tidy piles, like bony bricks in a dry stone wall, and every few feet ran a seam of skulls, empty eye sockets gazing eternally outwards.

Today tourists can see this bizarre resting place for themselves by entering the tunnels filled with bones of the LES CATACOMBES DE PARIS on the avenue du colonel Rol-Tanguy, near the Denfert-Rochereau metro stop.

The catacombs are open Tuesday – Sunday, 10am to 8.30pm (last access at 7.30pm), and costs €27 for adults and €5 for children under 17 (children under 14 must be accompanied by an adult). The tour takes you in a loop around the ossuary, and lasts around 45 minutes.

Be aware that there are 103 steps down to the catacombs, and 83 back up to street level, and the attraction is not advised for pregnant women, or people who suffer from claustrophobia. Also bear in mind that in peak tourist season there can be a wait of up to 90 minutes to enter the catacombs.

Tunnels filled with bones aren’t for the feint-hearted, but if you’re looking for something off-the-beaten track you’ll certainly find it at the Paris Catacombs.

OTHER CHURCHES & TUNNELS FILLED WITH BONES:

Catacombs and ossuaries – also known as charnel or bone houses – have been used to rest the remains of the dead for centuries.

The first burial caves are thought to be those under the San Sebastian church in Rome. In fact an entire underground city stretches under the Italian capital; you can explore the many subterranean chapels, crypts, and churches that exist below street level.

The Capuchin Crypt, on the Via Veneto, is the final resting place for over 4000 Capuchin monks, and one of the most unusual. Bones are fixed to the crypt walls and ceilings in intricate patterns, like avant-garde wallpaper. Even the ceiling roses and chandeliers are fashioned from femurs and vertebrae bones.

It’s a remarkable, if somewhat unnerving, sight. And it that doesn’t send a shiver down your spine, wait until the final room when you’re faced with the prophetic words: ‘What you are now we used to be; what we are now you will be’.

Palermo, Sicily, is home to the unique tourist attraction of the CAPUCHIN CATACOMBS in Piazza Cappuccini.

This site was initially reserved in 1599 for the bodies of the departed monks, but over time this stretched to include related men and women, priests and children.

Bodies were embalmed by dehydrating them for many months, then washing them with vinegar. They were then dressed, and placed in coffins, or slotted into burial niches carved into the walls.

The tomb is definitely not for the squeamish. Long-dead bodies literally line the walls, dressed in their religious robes or their finest clothes, and held in a standing position with loops of wire. The dry underground conditions have enhanced embalming process, preserving some of the bodies so well they still have teeth, hair, fingernails and skin.

The most remarkable sight is that of two-year-old Rosalia Lombardo. Despite passing away in 1920, her body remains so well preserved there is virtually no decomposition of her skin or hair. Aside from some discolouration to her face, the little girl could be sleeping in her glass-topped coffin.

She is one of Sicily’s – and indeed the world’s – greatest mysteries, and will forever remain so, as her embalmer, Dr Alfredo Solafia, never revealed the chemical process he used on Rosalia, and took his secrets to the grave.

While these macabre tourist attractions definitely aren’t for everyone, but there’s no denying these bone houses are a fascinating and unique part of world history.

THE CHRISTIAN CATACOMBS OF ROME, ITALY

This site uses Akismet to reduce spam. Learn how your comment data is processed.

I’ve been a magazine features writer for over 20 years, and in 2009 became one of the UK’s original ‘Mummy Bloggers’.

I’m proud mum to two funny & spirited girls; born summer 2008 and autumn 2010, and we all live just outside London with OH and our youngest baby – a miniature dachshund, named Frankie.

Join my mailing list to get news and my latest blog posts sent straight to your inbox: 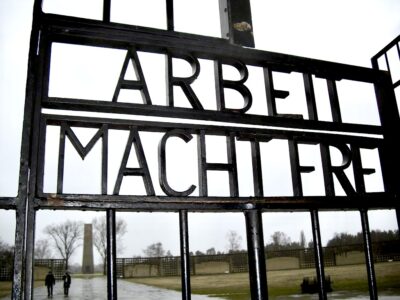 BRINGING LIGHT TO THE DARKNESS // visiting a German concentration camp

It’s important to remember the past, so we don’t repeat our mistakes

We all know the famous Spanish landmarks, but have you heard of these quirkier pastimes?

WATERLOGGED LONDON // the twisting canals of the capital & beyond

How much do you know about London’s wild and wonderful waterways? 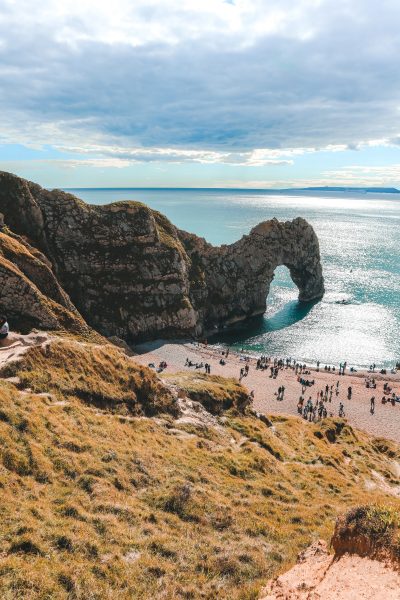 DELIGHTFUL DORSET // following the footsteps of the famous five

Retracing the magical adventures of The Famous Five 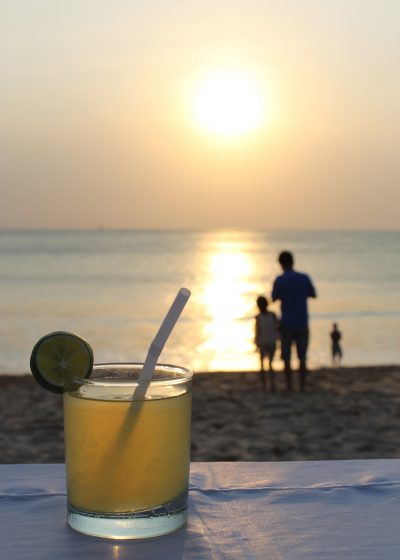 INDONESIAN INSPIRATION // 5 THINGS YOU MUST SEE & DO IN BALI 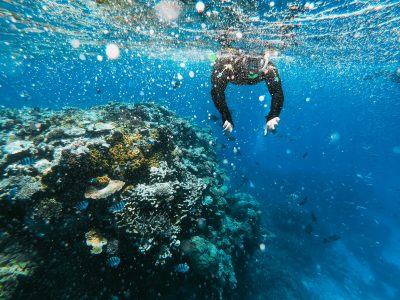 TROPICAL NORTH QUEENSLAND // a lush paradise (but watch out for crocs)

What to do and see in this slice of Australian paradise 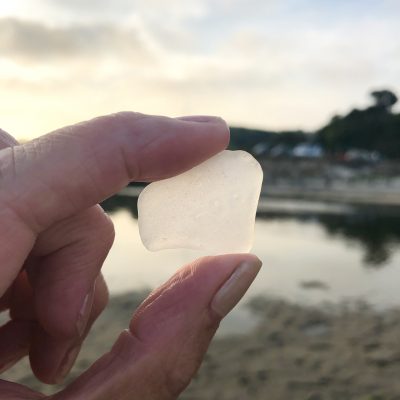 I used to go search for sea glass growing up in New Zealand, but had forgotten about this favourite childhood past time 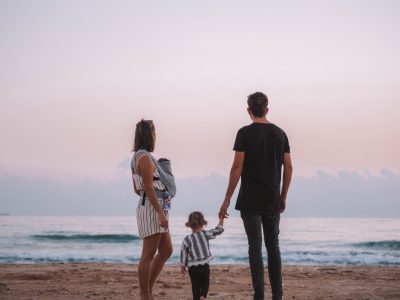 A peek into the life of a ‘Digital Nomad Family’, travelling the planet with two toddlers. 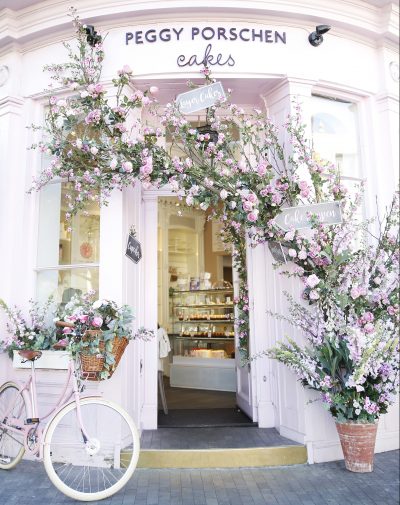 SENSATIONAL INSTAGRAM SPOTS // 8 picturesque places you need in your feed

My pick of some of the UK’s most Instagrammable spots

MY LOVE AFFAIR WITH LANGUAGES // learning to speak like a local

Why I love learning different languages, especially while travelling